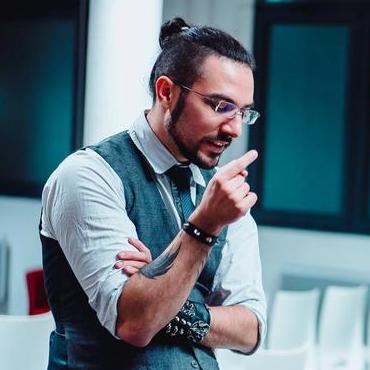 Feel free to give me your opinion about it, I’d like to improve it with as much useful generic functions as possible !

Just started looking, nice idea and nice work. Got this error: Error: The babel-runtime npm package could not be found in your node_module directory. Please run the following command to install it:
meteor npm install --save babel-runtime

Yes, npm modules aren’t uploaded with on the repo, so you have to do a meteor npm install.

Don’t hesitate to share your thoughts or submit PR. Id like to strengthen the repo to make it a really solid boilerplate in order to save dev time to those using it

Other meteor devs might have good habits / modules / generic handy libs to share to make it more and more useful !

I like your approach and that you are sticking with Blaze. Question: why do you have in index.js file that imports the associated view.html and view.js files? I see this on the home and main layout ui folders.

Also, for those of us that forget or don’t think about it - maybe a reminder in the readme about running npm install.

Well, actually, I also developp with React, but as this boilerplate is mainly aimed to be used for one of my job (I train dev and IT teams about Meteor and associated technos), and that Blaze is still very much capable to very decently solve almost any problem, and that it’s so easy to learn, so when I provide professional training, It’s a good thing to start with it.

And Blaze is still much better than react when it comes to fast prototyping (which is my other job), so, using it or not is really a question of need regarding the work to be done.

You are right, I add a warning right now to the README

With the index.js, I can write in my main.js :
import '/imports/ui/components/navbar';

Whereas without it, I should write :

So, it’s simply to makes things a bit more easy and readable in the main.js, keeping things as clear and simple as possible. I prefer that kind of import which is more react-like (I want to import components / modules, not each of its file one by one).

Don’t hesitate to star the repo if it pleases you

PS : Excuse for my poor english

I did star it because I like your layout of the project but I ran into problems trying to use the first module - funcProg.js. Calling “timestamp” I get: “Cannot read property ‘getTime’ of undefined”

Importing "now and today " work fine. But the def of timestamp in your code is:

I’m new to ES6 but I don’t think that is right. You don’t define date so we get the error. Besides, why would you use .getTime() anywhere in code since .now() is twice as fast and gives the same result? To use the .getTime() the Date object has to be created with a new Date() - like you did with your today() function.

do you include these for folks who don’t want to use moment.js?

Thanks again for putting it out there.

Here the explanation for that line :

I export an ES6 arrow function as a const. That function receive a Date Object and extract it’s timestamp.

Actually, you are right about one thing : I should value the parameter with a default value new Date() in case it’s not defined.

I’m going to update that.

The diffrence between now() and timestamp() is that timestamp is simply functional alias of the .getTime method applied to a Date parameter.

If that interests you, I recommend you this great conf by J. Fairbank : https://www.youtube.com/watch?v=HvMemAgOw6I

Well, I myself use all these Date functions rather than momentJs in most cases. The reason is simple : I’ve always been less than a potato when it comes to working with Dates. So, like with everything that upset me because I’m not understanding it easily… Well, I recode it myself until I get the mechanism and logic behind it well carved in my brain cells

I’ve only finished to extract that boilerplates from my production apps this morning, and haven’t thoroughly test all of it yet, so it is possible that there are some hidden bugs. If you find some, don’t heistate to open an issue so I can see it asap.

Just pushed my last commit : I added a super useful feature I forgot.

This app already has erasaur:lodash package installed and aliased to ‘_’ instead of underscore
Lodash is known to have the same API as UndescoreJs, but with better performances, and more features

I optimized the Meteor.user() function
It can now be used with a string as parameter to alias a findOne on a specific user
In addition, you can pass an array of string to automatically filter the fields you need in order to reduce the number of useless re-renders / autorun invalidation
Indeeds, the default Meteor.user() function return the whole user document, which means that any reactive computation would be invalidated if any field of the doc change, which can be very bad for debugging and performances, specially on mobiles

Will only re-render when the player level up, where with the default Meteor.user(), the helper would have re-rendered every time the doc was updated.

Last update for along time I think (v1.0.1). There is now everything I could think to untill now. Next patches will be purely new features I haven’t designed yet

Thank you to those who starred it, it’s very enjoyable to see my first real big public repo being used by some other devs

Thanks for sharing this. Since I have not started a new project since 1.0, I’m using this as a starting point for my 1.4 project since 1) it looks pretty good, and 2) there doesn’t seem to be any other current boilerplates for using Blaze. I’ll let you know how it goes. I will be adding CoffeeScript, Pug (Jade), Stylus, and ViewModel to my version.

Do you have a preference for passing along suggestions? This thread or github?

For small requests like this, the forum is okay

I’ll do that later today, I have some some patch commits waiting for a new push eitherway !

Do you have any specific request for completing the docs about libs and modules ? They are quite a lot and it will take time to code examples for each of them (specially for the Functional Programming file).