A simpler alternative to meteor?

I was trying to recreate the same app (Store locator app) in multiple ways. I did it in Blaze, I just finished it with react, and I would like to do it now without meteor.

What is the simplest alternative to meteor for a store locator website/app? maybe a static site generator?

Consider the app uses a commercial theme, so there are TONS of jquery libraries. It has been really really really painful to port it to blaze (and react, but I already knew the drill).

Is there a static site generator (or framework) where I can place the HTML and all the JS libraries and it will simply works?

what are your suggestion guys?

Productive. Reliable. Fast. A productive web framework that does not compromise speed and maintainability

I spent a few days checking that out, and I still have no idea what is going on. My brain certainly didn’t find erlang and phoenix any simpler or more approachable.

@muaddib
Which part do you want to be simpler? You could just install node’s http-server and serve everything from there, without any server logic.

I guess my goals are:

He said simpler, not something entirely unrelated. This answer is like days of old when people used to just say “Install gentoo” for every technical question.

Is there a static site generator (or framework) where I can place the HTML and all the JS libraries and it will simply works?

what are your suggestion guys?

Jeykll is really great at this. Middleman is a more complete solution. It will allow you to use partials and templates at compile time and outputs HTML. You can also get plugins to deploy to Github pages for hosting.

Both of those are in Ruby, which you don’t really use except for running the compiler.

If you don’t need templates (header, footer, partials) then you can just use the HTML5 Boilerplate

@jorgeer I totally agree. Grokking the docs for Erlang or Elixir is enough to make your eyes bleed if you’re not comfy with functional programming. The largest learning curve is thinking different than with Python/Node/Ruby/ etc… It’s a totally different (albeit simpler) mindset.

Once you grok the concepts I found things to be incredibly easy and productive. No more worrying about state, mutexes or GC.

Brunch, the build tool phoenix chose to use, comes with an huge number of skeleton templates for every stack combination under the sun. If you merely want to kick the tires of various frameworks that might be an easy entry point for you.

Once you grok the concepts I found things to be incredibly easy and productive. No more worrying about state, mutexes or GC.

Hehe, yes, as with many things in life, it is easy once you know it. I will come back to it though, functional programming is fascinating, dabbled with haskell for a while.

However, I don’t think learning both a whole new way of programming and a new language qualifies as “simple” or “simply works” for someone who just knows javascript

Jekyll is a good alternative if you just want a static site, but it comes with a bit of extra things you probably don’t need, including Ruby.

+1 for Express. I use it for worker apps and it’s great. 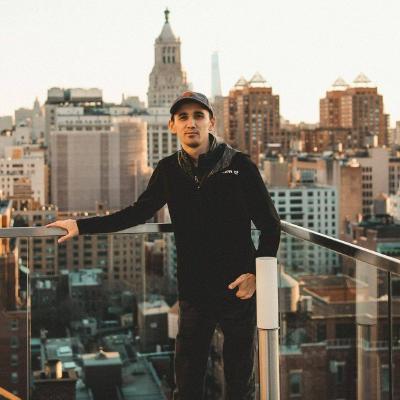 Just wondering what you would consider easier. I think meteor is the simplest development tool I’ve used in a long time. The one thing that I would improve is the docs though. Coming from Laravel, you really appreciate extraordinary documentation. It’s not that meteor docs are bad either, they just aren’t extra ordinary. I also think part of it is that it is not very opinionated which makes it hard to choose which direction one should choose to complete a task.

Just wondering what you would consider easier. I think meteor is the simplest development tool I’ve used in a long time.

With Meteor it is easy to create small app from zero, but if you are porting existing UIs it’s really painful.

I consider easy if I don’t need to worry about correct loading order, untriggered reactivity, jquery fucking up the DOM. So the plain good old ways.

@skinnygeek1010 I prefer tools built with JS, so I can read the source. Doing it with meteor really improved my programming skills (I think), with all the times I thought “ohhhhh so that’s how you do it…” reading the backend.

My main goal is to improve myself.

Thank you all guys for contribution

Hmm… have you ever considered the Volt Framework?

I wouldn’t use Volt just because Rails 5 has it’s own realtime baked in. More eyes on the code, more pull requests, free performance enhancements and bugfixes. Check it out, it’s called ActionCable.

It’s still ugly compared to Meteor, but then again Meteor spoiled me completely.

Yeah I’m familiar with this.

Volt is a nice framework for prototypes. I don’t see how Rails effects this whatsoever. Volt uses Opal which runs on JavaScript. I feel it’s closer to Meteor than Rails; the creator has even hinted that they will probably implement DDP.

Volt is more of a batteries included kind of framework with built in router, testing, code splitting and such. Meteor is far more complete, no question; yet for a guided easy to get going framework it’s good. The original poster wanted an easy alternative so it came to mind. It would take too long discuss the ins and outs but maybe given it another look, it’s grown up a bit and will have nice SQL support soon –

This is pretty cool too

Why not Elm or Cycle?

thank you guys but I prefer to stick to JS frameworks

If you don’t absolutely need reactivity provided by Meteor, why don’t you try to build it from scratch using node? Almost everything runs on Fiber in Meteor, but such is not the case in most of the node.js world.

I think building your app from scratch will give you an opportunity to do exactly what you want-doing things in another fashion-.