Coding on iPad pro with a cloud IDE?

Has anyone figured out how to use one of the cloud programming platforms, like Nitrous, Cloud9, etc, to program on an iPad? How’s the experience? Now that the iPad pro is coming out, I wonder if there is a future for programming where you can just install an app from the app store and start building something immediately.

I’ve been programming on my iPad for the past two or three years; and gave early versions of Nitrous and Cloud9 a try. It was obvious they weren’t designed for tablets.

Since then, I’ve gotten a lot of mileage out of CodeHub, iMockups, JSON Designer, Models, Processes, and Textastic.

I find the trick is to not try to do a real coding session on my tablet; but to do all the supporting stuff… code reviews, wire-framing, architecture design etc. That stuff is perfect for doing in a park, or at a coffeeshop, or in a hammock. But for doing serious programming? Best to get to a proper workstation.

Textastic is the best editor I’ve run across for HTML/JS/CSS, and I’ve tried most all of them. I’ve written hundreds of acceptance tests using Textastic while on airplanes; jotted down algorithm ideas; that sort of thing.

As for Nitrous, Cloud9 etc… would love to give them another try; but they need to provide a tablet-oriented user interface. The desktop interface just doesn’t cut it on a tablet. It would be great if they could import/export files to/from Textastic.

Oh, also, GitHub manages to do a surprisingly good job of working from a tablet. I’ve done a huge amount of edits from GitHub; and if you’ve set up a continuous integration / deployment server, you can trigger a deploy after using GitHub as an online editor. Travis is a sufficient setup to get all that working.

I think that’s be super awesome. We can have the both Editor and app on the same page. I think it’ll be exciting.

I don’t think there’s any advantage to use it as a day to day tool. It’ll be a good tool when you are on travel. But I assume you can carry an MacBook air instead of an iPad pro

Anyway, things will be great if we can build apps by drag and drop and asking Siri to do some stuff.

I think that’ll come in few years from now. How about asking Siri to fix a bug? She’ll go over stackoverflow and find a solution and send you a PR. Ha ha

I there, if you havent you should try out Codeanywhere.com , I am the co founder so any feedback on it would be great.

I really appreciate this post actually.
Seem’s I traveled a very similar journey. I was inspired by this post suggesting an iPad + Linode solution: - I swapped my MacBook for an iPad+Linode

Update: I’m still using this setup a year later - you can read on at iPad+Linode: 1 Year Later On September 19th, I said goodbye to my trusty MacBook Pro and started developing exclusively on an iPad...

The iPad Pro looks to have incredible potential to code anywhere and while I wished Cloud9 would consider bringing it to iOS I am definitely overdue some research on the other options.

@sashko - It’s not a web IDE, but check out Working Copy… it’s an actual Git Client for iPad. 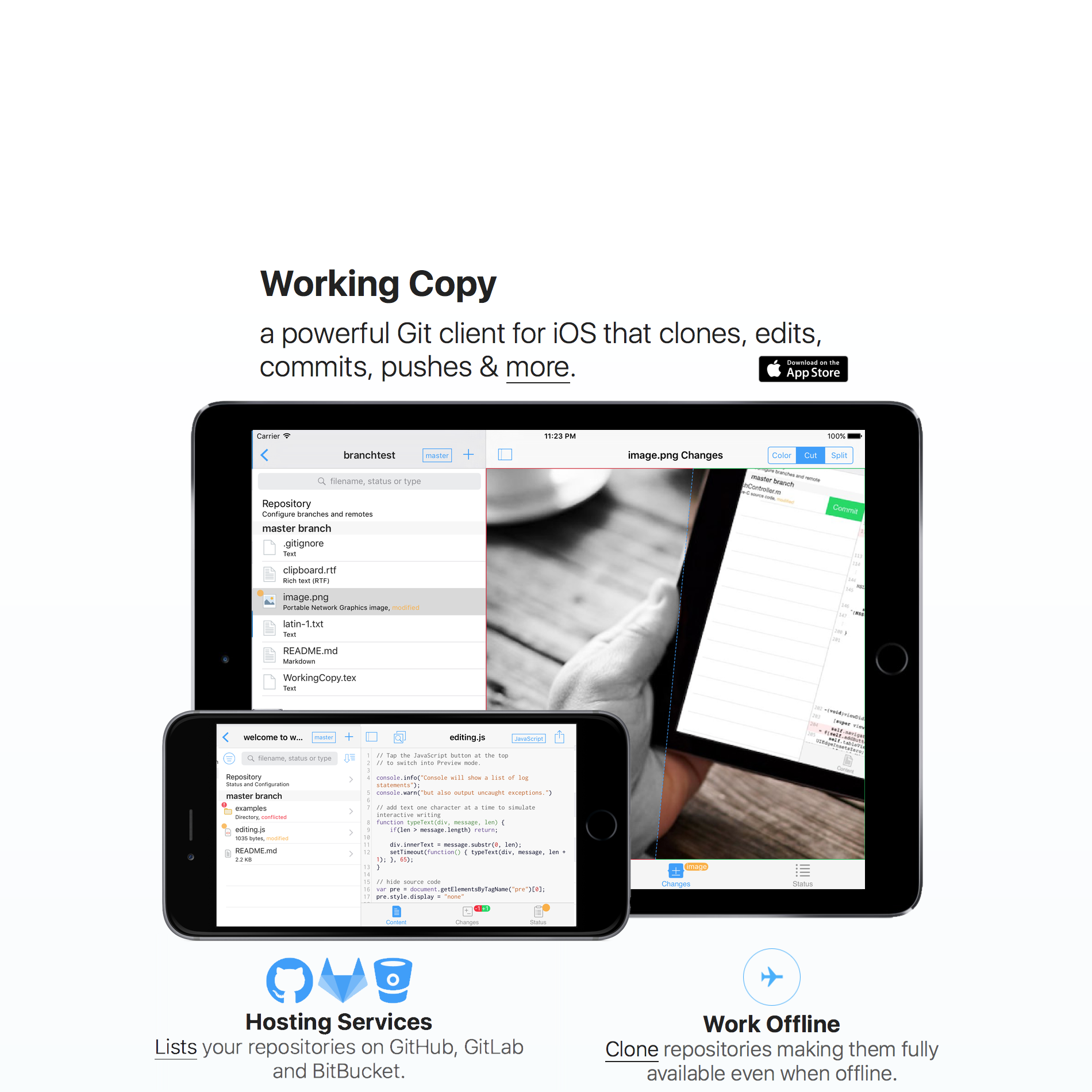 If one configures their GitHub repo with webhooks, they can now create all sorts of mobile pipelines: