This is going to be a straightforward post. I’ll take the todos Redux example and rewrite it using ViewModel. At first I thought it wouldn…

Nice read, got me laughing in the middle

That pretty much explains the ~300% productivity boost I’ve been experiencing lately. Very thankful for having ViewModel.

Out of curiosity, have you tried migrating an app built with the Blaze version of ViewModel to React? It seems like there could almost be an automated tool for it, they’re so similar. Where would the biggest bulk of manual labour be lurking?

I’m rewriting the phone book example with viewmodel-react. It’s very easy to translate one to another but I don’t think it’s worth it to create a converter because there are a lot of non-ViewModel edge cases where Blaze behaves one way and React another. I don’t know of anyone who writes 100% idiomatic ViewModel (not even myself) so there’s some translation to do.

While that is certainly nice, the documentation is a bit sparse on the “And how do I actually get data in there?” part.

Basically, it’s missing quite an important piece of the “Model” in “ViewModel”.

Just thought you should know that prior to VM for React, I could not consider even using React as it wasn’t quite as productive as what I was able to achieve with Blaze/VM (and productivity is my #1 concern as we are a small team).

Yet the React VM makes it completely viable for my purposes - and sometimes the code actually ends up being even cleaner than the Blaze alternative. So now we are using React for new projects, and we are seriously considering switching over our very large business app to React in the future (which is a big deal - we have not even upgraded for 1.4/import statements/etc yet - not worth our time - so for us to consider this upgrade means a lot!).

Thank you very much for your work!

I need to explain this better in the documentation.

This is on my todo-list

Ah, its that thing!
I think its wonderful, but really, nearly the only reason why people work with React - because everyone does.
That’s the reason most people are careful about switching into different ‘sugar’ until its stable and recommended by tons of different manuals and blogs…

Yet, I feel that ViewModel, its documentation and github responses are just insane, I don’t remember that much love put into project except redux itself, hence its popularity. Will think about switching to ViewModel again, but anyway, Viewmodel docs and github are pure candy for my exhausted eyes!

Viewmodel docs and github are pure candy for my exhausted eyes!

Random thoughts (sorry, I have many)…

I disagree a lot with DHH (who created Ruby on Rails) but I wholeheartedly agree with his sentiment surrounding design decisions or RoR. For example, like RoR, ViewModel optimizes for developer happiness. Who’s happiness? First and foremost, mine. If it sounds selfish, it’s because it is. I want to smile when I see my code, and I do smile when I look at something like this:

A lot of people see that and scoff “Too much magic!”… ViewModel isn’t for them.

Some people look at that and they smile with me thinking “That is the absolute minimum way to express what I want to do.”… ViewModel is for them.

As long as you don’t go down the “Must monkeypatch everything!” route like RoR did

Because too much magic can make it very difficult to override behaviours when you need to.

Another question: How well does it play with other React components?

Say, I want to use MaterialUI - I’m seeing bindings for the standard attributes, what about custom ones, like:

Would I be able to bind, say, title to a ViewModel?

Although it looks innocuous, {this.title()} starts getting annoying when you’re dealing with a lot of attributes (e.g. you’re working with SVG). ViewModel has the option of specifying which attributes should be used as binding. Then you can do:

Is this open source? Where is the source code? I can’t find any github link

Amazing the things you forget to include in the docs. 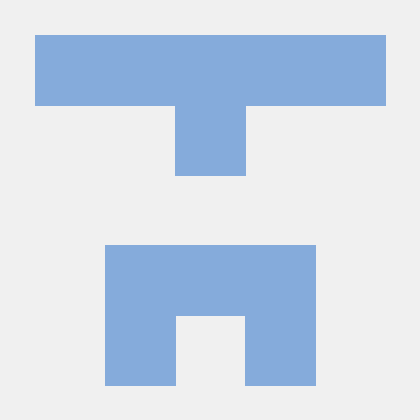 Look like you extracting Tracker from Meteor. Why don’t you publish it as separate NPM package?

Last question, is this possible to render HTML directly?

With JSX, we use dangerouslySetInnerHTML which is inconvenient.

It would be great to have a simple example also for meteor… for noob like me!

I use a copy of Tracker because I removed all Meteor references from it. I don’t publish it on NPM because 1) I honestly don’t see the point and 2) I don’t want to maintain it (be the person who answers questions about Tracker).

As for direct HTML, see https://viewmodel.org/#BindingsHtml

See this thread shows you how to set it up with Meteor: ViewModel for React Alpha

I know that. What I asked, suppose I have input html string:

That is exactly what it does.