by getting a Meteor app to the top of Product Hunt today? 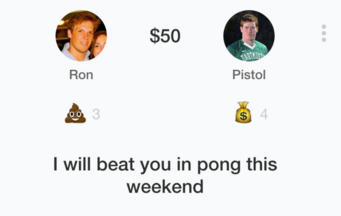 Parlay - Challenge your friends about anything | Product Hunt

Parlay - Challenge your friends about anything. (Android, iPhone, and Funny) Read the opinion of 34 influencers. Discover 3 alternatives like Betify and FOLD

Would also appreciate the RT

Question: What did you use in the front end ?

Blaze! In Cordova. Some ionic, mostly custom CSS. Would like to rewrite in React Native at some point

Good results for a custom UI !
Why not Ionic 2 ? Angular2 is very nice to use and Ionic2 is way more performant than Ionic 1 and feels almost native.
Check this (complete tutorial for a complete app in Meteor and Angular2) :
http://www.angular-meteor.com/tutorials/socially/angular2/

Ionic is the app platform for web developers. Build amazing mobile, web, and desktop apps all with one shared code base and open web standards

People seem to forget Angular2, which I find way more clean and usable than React, especially with Typescript and it integrates very well with Meteor.

Just used Meteoric because it was the quickest thing to use available at the time. Thanks, Ionic 2 looks nice, especially the Android support. Depending on how much Angular you’d have to do, might be a good intermediate step before React Native.