Multiuser, show other user's mouse pointers in realtime (not logged in, on the same page)

I had a quick fun idea for a sketch, I am giving an online presentation but want to show the presence of other people while I am doing the presentation.

I found the following packages Monitor the user's connection and prefered states. Contribute to Konecty/meteor-user-presence development by creating an account on GitHub.

which allow you to show the amount of users. is there a way to share realtime data in memory without writing to Mongo?

I know there might be a better solution like simple socks js but I would love to demo it in meteor.

I would love to show each user’s mouse pointer and for example fire a random emoticon when they click on the page.

We did something similar a while back, sending data from a browser extension to everyone who was using a Meteor app, without being logged in. Back then, we used this: https://arunoda.github.io/meteor-streams/

Even if it hasn’t been maintained, as with most Meteor.js stuff, it should work without any (or with very few) modifications.

why even go through the server? I would look into WebRTC to pass messages right between the involved browsers

Wouldn’t that require knowing the ID to connect to (e.g. like with this https://peerjs.com/)? On the other hand Meteor Streams would simply broadcast to the entire audience.

I’m not that familiar with WebRTC, but I would expect a one-to-many WebRTC broadcast to require some form of media server.

Meteor could be used to share the ID between the clients, I guess? And as far as I understand WebRTC supports many-to-many.

All of this is highly theoretical and I have not implemented this anywhere, I was just wondering out loud if the latency incurred with a round-trip through the server might not be the right approach to share mouse pointers in real time

@illustreets @jamgold thanks for the suggestions and links. I’ll check streams, seems interesting either way (damn 2013 is it that long ago ;-))

I agree, latency would become an issue if it goes via server. It sounds like it could be a candidate for WebRTC, particularly if security is not a big issue and all that is needed is disseminating IDs to participants. Interesting to hear about the outcome if @thomastraum gets to implement it.

Yeah, the solutions discussed in this thread are relevant here as well

Hi! I’m trying to make a racing game in meteor. Every player controls a character, and presses on the spacebar to run. The position of all the other runners is displayed on the screen of every client. on the code side, i’ve got a collection with a player object for every client, with a posX variable which is used in a helper to generate CSS, and is updated every time someone presses on the spacebar. I have a problem though : in most cases, during the race, as updates on the position of every …

Though for even lower latency, WebRTC is king. I found it a pain in the arse to set up and use, so went with broadcasting messages over the existing websocket.

@coagmano thanks lots of cool info in there. I’ll report back once I have some more code

posting this here as an archive. I made a super simple demo using meteor streams (which still works) 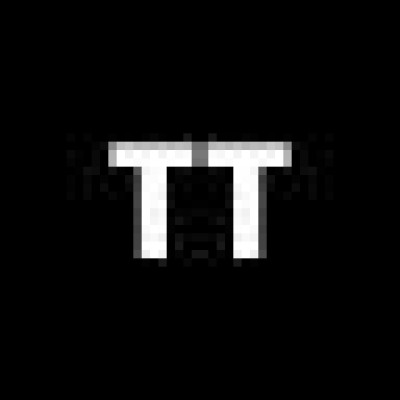 Contribute to thomastraum/meteor-streams-test development by creating an account on GitHub.

This is very interesting. Unfortunately I can not find the source for highland:meteor-streams, do you have a link for that? Contribute to thomastraum/meteor-streams-svelte development by creating an account on GitHub.

I revisited this for a new app I was making and created a new version of this idea which seems to work now.