Show #1 was a wild success with over 2,000 listens/views in just 2.5 days, thank you! This new thread is for us all to chime in and help plan Show #2 which will be recorded on Monday and released Tuesday.

Reply below, let us know which topics are the most important to you from the past week!

We learned some lessons we will be iterating on:

TRANSMISSION is a weekly podcast/vlog covering the most important topics to come out of the Meteor Forums. Each week I need your help to pick the most relevant forum posts for @sashko and I to discuss in deeper detail. We will pick 2 of your topics to talk on, Sashko will pick the another two. I will be your investigative journalist and Sashko will be our “inside contact”.

It is our hope for this show to becomes a weekly staple for all Meteor developers to get the inside scoop.

This show is an independent experiment from @sashko (MDG Core Dev) and myself (OKGrow Dev). The opinions shared will be our own.

Looking good in PocketCast on Android 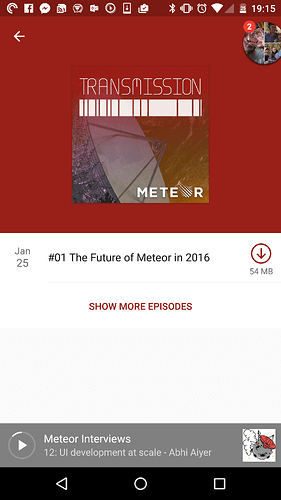 You guys should talk about this - https://forums.meteor.com/t/reactive-graphql/17048
Just sayin…

Or maybe talk about the second most replied to post of the last week:

[image] I am excited to announce a new YouTube/Podcast show in collaboration with @sashko . Each week I need your help to pick the most relevant forum posts for @sashko and I to discuss in deeper detail. I will be your investigative journalist and @sashko will be our “inside contact”. It should be an hour-ish long show filled with great insight and transparency into MDG and the Meteor ecosystem.

talk about Meteor and Redux

I am totally down for a chat about Reactive GraphQL (I’m guessing it will be one of Sashko’s picks) and the future of Meteor + Relay (Redux)… which will likely morph into a talk about minimongo and trackers future.

You should talk about this series of tweets (bottom first):

It is funny how Tom Dale tweets the same salty complaint about Meteor every 6 month while building an alternative tooling set that only got adoption on the front-end framework part (which is challenged daily by new frameworks).

Salty is a good way of describing those tweets.

The Ember community is very snarky.

On the scene… living the dream 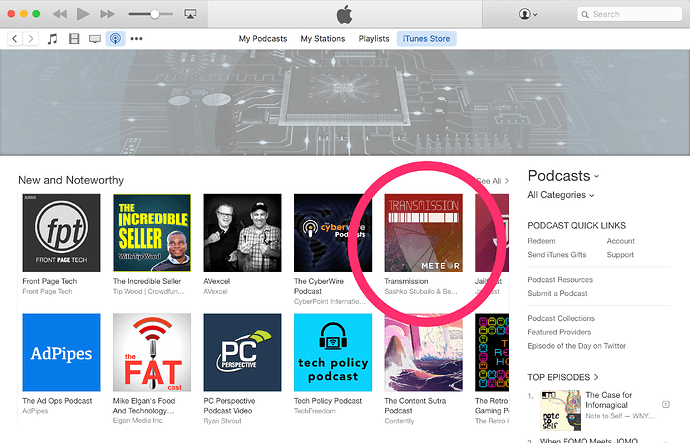 I agree talking about Reactive Graphql would be ideal for the next transmission. Mainly some understanding of the ETA of the first version and what to expect? Some architecture thought processes?

Also it would be nice to talk about how similar or different it would be with Relay on the implementation side?

Talk about what’s going to happen to DDP in the future.

I think there is a question here of whether we stick to discussing/recapping forum threads or just picking whatever topics people feel like asking about.

I like the forum thread approach because it gives us a lot of existing content and comments to draw from rather than just spinning up a new topic that will get discussion afterward.

What do you think?

I think that approach is ok, but us forum dwellers are a ridiculously small, vocal subset of the larger Meteor/JavaScript community. It’s important to speak to our concerns, but there should also be some attention paid to topics that will strike a (positive!) chord on HN, Medium, and the like. Talking about Reactive GraphQL with a special emphasis on SQL support is a good place to start. As Doug Funny would say, “Think big!”

My suggestion would be - where to find the best resources to learn Meteor 1.3.

There are a lot of amazing resources out there - but obviously most of them will have parts becoming obsolete when 1.3 drops.

Sort of a Learning Meteor in 2016 topic.

I prefer discussing forum threads. It gives a point of reference for everyone to look at to gain context.

Yeah I’m just saying, for example, that we shouldn’t talk about this series of tweets partially because it’s not a currently hot discussion in the Meteor community.

You should talk about this series of tweets (bottom first):