I tried it out a bit the last days. Yes, there’s many of nice features in this software, like refactoring etc. But to be honest, the slow reaction times and the (at least in my eyes) quite ugly, overcomplicated interface made me return back to Atom.

Just some examples: Just setting the tab indent from 4 to 2 on most files drove me mad. It was always reset back to 4 without any clues (until I switched the Sceme to Project), and I had to do this work for every single file type again. Another weirdness is that WebStorm resets your font size if you switch between Themes, which I often do to switch between a daylight and a nighttime theme. Plus, if you change fonts on MacOS, it can happen that the code is shown with invalid characters (squared A’s), and I had to Google to find out that this disappears if you invalidate WebStorm’s cache and restart the GUI. These kind of glitches may be not that important if you have worked with the app for a long time, but for a newbe this is just frustrating.

Still did not give up, as I see the potential. But WebStorm is a wild beast, compared to Atom (which got me almost instantly).

EDIT: From the functional side, I tried to configure linting using a .jshintrc configuration file. Although I found the right user interface option, my globals are still being marked as unresolved. And no clues how this might be resolved / which linter actually drops this message.

True that learning any new IDE is daunting vs reverting to a familiar one but one feature I found really stood out in webstorm is Search everywhere. No other editor comes close to be able to search code, file system, configuration, actions, settings, plugins… essentially everything.
There’s a million different settings but I never actually end up using the top menu bar, just hit Ctrl+Shift+A and I can soft wrap, upper case, font size, jsx default indentation etc… just about anything. It’s almost like intellisense for your editor. That one feature makes Webstorm really easy to get into IMO vs something like Visual Studios where the typical path is to switch to your browser, google up what you want, follow the instructions through your convoluted Tools menu.

That is really a good feature. Reminds me of Atom’s command bar that works quite similar, but does not include “everything”.

I really don’t get this. We aren’t coding in Java. An IDE is totally overkill.

For 60 bucks sublime text 3 was the best purchase I ever made, and atom is already almost as good for FREE

Just bought a $49 license, so now I’m an existing customer

I started using Atom instead of WebStorm also, I just found I didn’t need half the stuff Webstorm provides, and its slower and uglier. It’s got some cool things, but I find I don’t really need them, coding in Atom seems just as fast, and it just seems a smoother experience.

However in the .NET world, I hate not having Resharper ( similar thing by Jetbrains but for C# and extends Visual Studio).

I gave WebStorm another try yesterday. But as the first time, I returned to Atom in the evening. Again I was faced with so many glitches that were hindering me. Just an example: I was curious which plugins would be available, because I could not find an option to auto-format the source code on save (maybe it’s there, but I was too dumb to find it). After having installed one of those (scarce) plugins, the whole UI went mad, and I had to kill the process. On restart I was faced with an empty window, which at least allowed me to uninstall the plugin in question. But after that, all my customizations were gone, and I had to reconfigure WebStorm completely. Sorry, but these kind of glitches are not acceptablefor a commercial IDE. The only thing I am missing in Atom so far is an auto-completion for CSS properties and SCSS variable names. This was a feature that I was used to in Brackets (and was available as a community plugin there). But just for this and the (really neat) refactoring features I wouldn’t go for WebStorm if it turns out to be that unstable. Plus, I am one of these guys who really appreciate good interface design - and WebStorm is quite ugly compared to Atom, at foremost these awful tree icons. I hoped to find an alternative theming, but couldn’t find one. Ok, enough for the rant, that’s just my personal opinion.c

It’s an IDE, you aren’t gonna learn it in a day or a week. (and yes, autoformat on save is there, just cmd+shift+A and type “on save”). Months & years later, once you have a perfectly customized jar file that transfers all your settings to all the jetbrain products, you’ll love it. Don’t get me wrong, Brackets, Atom, and SublimeText are great for gists or 1-file projects, but here’s what they can’t do:

All that said, I think it’s a dumb move to change their subscription model. It’s a cash grab to get more money out of their enterprise clients because, let’s be honest, if they piss off an individual, he’ll just pirate it

Consumer software is weird like that, it’s hard to force someone to buy a legit copy, you have to implore them through goodwill, of which they had plenty. Unfortunately, “renting” software is a surefire way to nuke goodwill.

Thanks for these additional thoughts.

Yes, I like the VCS integration, that’s what I am really missing in Atom (but only because I’m still using SVN; of course, Atom supports Git, being a product by the GitHub guys). The Cmd-Click thing is also great, I know this from Xcode and love it there.

Regarding the price model: I was a product manager for enterprise software myself, and I can pretty much understand that a company wants to move into that direction. Especially for small companies, it is a relief if they can switch to a model where cash-flow is a bit more predictable. It’s not that easy to keep a complex product alive for so many years. It’s not just a matter of adding something here and there. And I also think that they made a quite nice offer for the existing customers, to convince them to follow into that model.

Of course, from a customer perspective, I can also understand the hesitation. Especially, if the company is behaving like Adobe - no inventions any more, just cash-in. But for smaller companies, this might be the only way to survive, the software business is getting harder these days. Yet, I have to admin that I was checking out WebStorm now because I wanted to take the change to still get the unlimited license

Totally agree, predictable cashflow is probably worth the hit, and a predictable expense is a win for enterprise customers, too (although to the individual it feels like death by a thousand cuts). Pretty impressive that they’ve stayed alive & have adapted to all the changing tech (eg when your IDE integrates meteor/polymer support before those techs hit 1.0, that’s amazing service).

Funny enough, they have a little disclaimer on the bottom of their website now saying

The licensing model described here, including conditions and prices, is not final. Please expect updates next week.

I recorded a marco in a few seconds to auto-format on save, and assigned it to CTRL+S.

It’s a complex and sophisticated piece of software. Takes some time and commitment to learning all the many features, but we’ve felt it’s very worthwhile. I used Sublime in the past, but Webstorm allows us to be much more productive. Like creating and sharing run configurations for our Meteor projects for staging with and without tests enabled. Live coding. Custom templates with parameters. Filtering views for faster searching, Meteor debugging. Git and local history by selection, etc.

Fortunately I work with and another developer in the same office so we share the things we’ve learned with each other which makes the learning curve twice as easy.

It’s garbage service because in some areas they support everything and a kitchen sink and yet when it comes to bread and butter features, they fall short - such as ES7 features that are used by so many frameworks because of Babel and other compilers.

Just curious, which packages do you use that have a hard dependency on ES7? I can’t wait to get some await/async & Object.observe in my workflow, but since the syntax isn’t firmed up, I didn’t think anyone was actually using it for anything but playing around.

and here couple of guys have already integrated it with Meteor 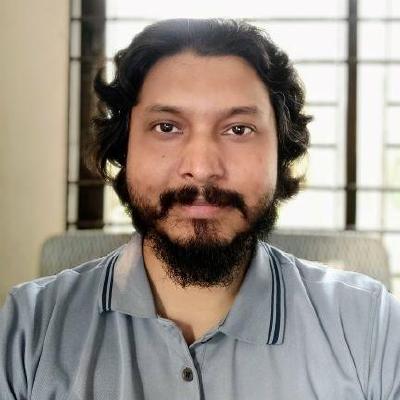 Since there’s lots of interest going around react (and some around typescript) you guys should also check this out:

Improvements in ReactJS support: better navigation and coding assistance for React-specific attributes
Now you can very quickly jump from a component usage to its definition even if it’s in a different file. Cmd-click (Ctrl-click) or hit Cmd-B (Ctrl-B) on a component name to navigate to it or hit Cmd-Y (Ctrl-Shift-I on Windows and Linux) to see a quick definition in a popup.

I think this kind of innovation and improvement is what makes a subscription model valueble to its customer.

but what makes WebStorm so “exceptional”

Key Benefits
WebStorm offers developers an intelligent code editor that truly understands the structure of code written in JavaScript, HTML or CSS, as well as their modern successors. It features the best-of-breed coding assistance for a whole set of cutting-edge web technologies, including code completion, refactorings, code formatting, on-the-fly error prevention, and much more. WebStorm is also great for developing Node.js applications. Together with integrated instruments for testing, debugging and code analysis and integration with various VCS, WebStorm is an essential tool for powerful and productive web development.

Full-featured debugging of TypeScript, CoffeeScript
and Dart with sourcemaps.

I’m super interested in this, but I couldn’t get Coffeescript breakpoints working for a meteor project in webstorm. Has anyone gotten this to work ?

just switch to atom.io - why does it have to be too expensive

I’m using atom.io and think it’s great, has a few packages for Meteor to boot.