What Hardware for Meteor Developers

Hello. We are about to equip 3 meteor developer workdesks in our company right now and the question came up what ressources we need.

I prefer multiple monitors, so I need a processor (or graphics card) that can run these 3x 1080p Pixelparty. I also thought about at least 8 gigs of Ram. As an OS I think we’ll stick with Ubuntu

The big question is, which Processor is best?

Until now, we used our Laptops, but they seem a bit slow due to thermal power regulation.

I’d say most important thing is webpack/meteor 1.3 on your desk.
Because once you set it up, you’ll speed up(times) even laptop configuration.

Your hardware-related question is not so clear, because actually you do not need high-volume CPU for regular development(unless its production), 3 monitor configuration is supported by 5/6 tier i7 Intel processors. So you should be fine even without graphics card.

The reason why I prefer Ubuntu is quite easy:

I am fully satisfied with my Ubuntu setup for Web Development.
I have 16 GB of ram, and i use webstorm which is memory hungry, i think this is a must.
The only thing i’m lacking with Linux compared to an OSX Setup is access to React Native Development for iOS.
I would advise against a Windows box.

I’d say the most crucial thing is an SSD - no matter how you slice it web development will involve loading lots of packages and files from disk. True it’s not as big of an issue in Webpack since it does a lot in memory, but I’m pretty sure the most significant computer speed increase I’ve ever experienced was when I switched to an SSD.

In college I was doing programming almost all day, using a crappy desktop with an i3 cpu, $30 mobo, but with a nice SSD. Never going back to spinning platters again unless I need really cheap storage for some reason.

Open source development on Windows is hard. Probably not impossible (depend on the tools/frameworks used), but hard.

If you can get a PCIe based SSD disk I would go for that too. They’re worth their weight in gold and are not much more than a traditional SATA based SSD. 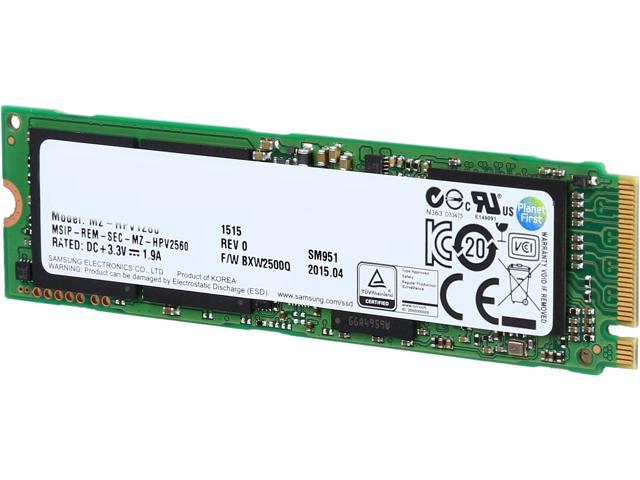 RAM is cheap enough that 16GB will future proof your build and some will actually use more than 8GB, especially with virtual machines running IE, etc…

We develop exclusively on Ubuntu. Really great. It just… works… And you dont need to pay premium for Mac or struggle with the Windows troubles for developers

Hi @SkinnyGeek1010, my savviness on the hardware side could be better, so I’m hoping you or someone else can help me out with this:

How do I go about determining if my computer is compatible with the drive you recommended? Or how do I find a PCIe based SSD for a MacBookPro 8,2?

I searched around a bit but only found SATA drives.

Open source development on Windows is hard. Probably not impossible (depend on the tools/frameworks used), but hard.

Hyper-V linux image on Windows 8.1 pro. Only a couple clicks to set up.

It’s not quite the fun as opening a bsd shell in OsX but it’s close. I find it preferable to dual boot partitions.

I don’t think those will work on the older Macbooks because it needs to go into a PCI express slot. There are lots of good SATA SSDs that are fast too (my 2012 rMBP is running a SATA drive). These are still way better than the old 7200rpm ones!

Here on a 2009 Core 2 Duo, 8GB DDR2 800Mhz and SSD Sata2.
With ElCapitan OSX on a Hackintosh.
is working really well, 2seconds with webpack reload.

I don’t think those will work on the older Macbooks because it needs to go into a PCI express slot.

Got it! That makes sense. Figured it was something like that. I’ll try a SATA drive then. Thanks for your help.

Also, slightly off topic, but for anyone looking for a standup desk or something similar, I got this month or so ago and it’s working out nicely:

Although not cheap, it works on pretty much any surface, is super easy to raise and lower and goes straight up and down.

If you decide to go Linux and work on a laptop:

Weigh Ubuntu against Linux Mint. In my experience, Ubuntu kinda sucks on laptops. They never got the touchpad quite right, and sometimes wireless is wonky. Linux Mint is a far better experience on laptops IMO, and it’s still Debian-based like Ubuntu so you get the awesome apt package management system.

Never had problems with both Ubuntu and Mint on laptops.