Why use any webserver

I’m trying to deploy our Meteor app (web), and after reading many tutorials, it seems that everybody installs a webserver such as Nginx and use it as a proxy to the app.

In my case, we are having a dedicated server that this meteor app would be the only app/webpage running on the server, why shouldn’t run it directly on port 80, and that be the end of it? What are the benefits of running the Nginx when the only website running is the meteor app?

PS- I have thought of SSL enabled scenarios, do we have to run a webserver such as Nginx in case we wanted to support SSL?

Based on what I know, there are two main reasons not to host directly from Node/Meteor:

Nginx can also give you the benefit of caching static assets and serving them very efficiently.

That said, you can definitely run Meteor as the webserver, and it will still perform very well. Just get it to start on port 80 and you’re good to go.

So in that sense, we don’t need to create virtual hosting on Nginx, a blank proxy to route all requests to the meteor app should be enough, right?

That said, you can definitely run Meteor as the webserver, and it will still perform very well. Just get it to start on port 80 and you’re good to go.

Better use --production parameter in this case.

Ah yes.
By ‘just get it to run on port 80’ I meant run a production build, using the instructions in the guide haha

How to deploy, run, and monitor your Meteor app in production.

You’ll need to run the bundle resulting from a build with node if you want acceptable production performance.
Same applies for running behind nginx

We are using this repo for production-grade deployment on servers using NGinx and load-balancing.

If your app is in production and has users you’ll have to invest to do things right (I would recommend Galaxy if you are making money off your app already, Very High Availability is not an easy task) 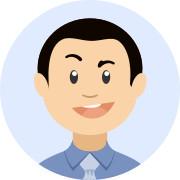