My target market is germany and I can already tell that my customers want a “HOSTED in GERMAN” sticker.
So BOTH METEOR as well as MONGO needs to be hosted here. Where exactly does NOT matter, but Frankfurt might be an option https://aws.amazon.com/de/region-frankfurt/

Galaxy only supports Ireland and NOT Frankfurt, so it is NOT an option right now.

All apps run in us-east-1 and eu-west. We’ll be rolling out support for other regions including Asia shortly.
https://www.meteor.com/galaxy-faq

So I guess I’ll have to do it myself and learn some devops? Damn, I’d really love to support MDG and give some $ back to them. Am I overseeing something?

What is the current simplest option to host a meteor-app in germany?
What technology works?
Is there a technology which can easily be scaled (meteor-containers and more mongo-power)?

I am really thankful for some tips

A vps at leaseweb is a good option

Yeah, serverwise I have had good experiences with Hetzner and heard good things about digitalocean.

BUT the question is: which tool do you use for deployment? And how easy is it scale on growing demands?
I guess leaseweb does NOT offer any mongo- and meteor-specific stuff?

The Heroku pipeline is great. Our app deploys to staging when we push commits to master branch. Then you get one-click promotion to production. Can run staging on a low-cost $7 hobby dyno. 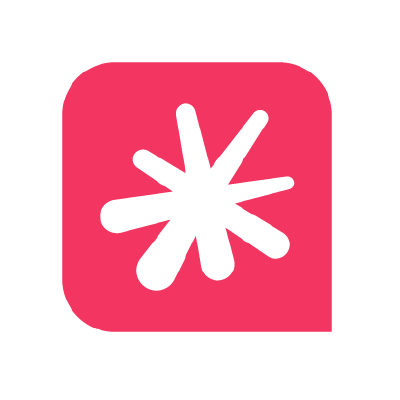 meteor-buildpack-horse - Heroku buildpack for Meteor v1.0+. The horse one.

We have a culture of using Continuous Integration (“CI tests”) at Leaf in order to keep the quality of production high as our team scales.

@maxkurama: Thanks for the hint.

I found this tutorial which does NOT look like I need any enhanced devop-skills (https://medium.com/@gge/deploy-a-meteor-1-3-application-to-heroku-cda1f68ca20a).

How about scaling the meteor instance? What if I want to scale up to use 2 containers? Is there such a thing like a load-balancer and related stuff??

Let me google “scaling heroku” for you

Each app on Heroku has a set of running dynos, its dyno formation, which can be scaled up or down instantly from the command line or dashboard.

@maxhodges Thanks for the link!

Can you confirm that scaling works as charme? Thats what I was actually asking: for some good confirmation that it WILL work

How long do you recon does a newbie need to get this up and running? I got some minimal devops experience… minimal, but I’m not a total newbie

Thanks for your help man!

Took me about five minutes to deploy to heroku.
Setting up the pipeline took a little longer. Just try and if you get stuck post here for help!

Your mongo is on mlab in the same AWS region?

Are u using Blaze or React if Blaze check https://atmospherejs.com/meteorhacks/cluster

@maxhodges Oh yeah! I’ll definetly check this solution out. I love how you explained your staging process. Can you even do that with galaxy? This is awesome!! We could then use a seperated CI to run Chimp-Tests against staging BEFORE deploying to production. Awesome!

@ericl: Yeah I am using @mitar 's BlazeComponents. Clusters seems to be arunoda-abandoneware. Are you using it successfully with 1.4 in combination with MUP?

No but i tested it on on linux unbuntu 16.04 tls with latest 1.4 i am still in development but mup is on my wishlist incl. herukan the app is an volunteer application so i have to keep the cost as low as possible. It is a package for residence and homelessness people.

You need database hosting too right? Why don’t you try to find a German-based MongoDB provider and still use Galaxy for the processing. Then you could put a “You’re data is located in Germany” sticker at least

But actually I don’t think doing devops yourself for a sticker like that is worth the effort. I’m using Galaxy both for my side project and for work and it’s a huge time-saver. So especially if you’re testing a business model with your app I’d suggest to stay lean and use Galaxy.

@bergjs: Yeah thats a cool idea! I guess I could go with “Mlab Frankfurt” and Galaxy West and hope for galaxy to support Frankfurt soon. No the question is how big latency will be if Meteor & Mongo are NOT in the same datacenter. Have YOU had a chance to compare heroku with galaxy like @maxhodges suggested?

@thebarty I never compared Heroku and Galaxy directly. So far we didn’t have any issues related to latency but I guess it depends on the type of app you are building and how important latency is for it. Again I would suggest to go with the easiest solution first and then optimize later.

@bergjs: Yeah you are totally right about choosing the easiest solution and SHIP SHIP SHIP.

It is not so easy to find a mongodb hosted by a german provider. The only option I have found so far is https://developer.swisscom.com/pricing, which is hosted in Swizz (DACH). Do you know any german paas?

German provider, no idea. But Compose.io offers Frankfurt as location: