Are mup and mupx officially dead? Has anyone been able to get it working on the later 1.3 versions and the 1.4 version of meteor?

It seems to be one of the most important meteor projects so I’ve been sort of surprised to see this project neglected.

Adding our production scripts in case they are useful to others:
https://github.com/ramezrafla/meteor-deployment

Thanks. Will have a look at it today. I don’t think mup is as bad as you make out. And I’m slightly wary of using a solution that has been on github for less than a week, but no harm in trying it.

MUP has been in solid production use for years now. It’s only since mid meteor 1.3 that it’s had some real issues.

We have been using this solution for a while, we just pushed it on github as we got interest from this forum.

I’m also waiting for Mup/MupX/Mup2 to become compatible with 1.4. I haven’t had any luck with the various suggested workarounds so far.

I’m hoping a fix is coming soon, but I worry that the Kadira team is (understandably) having a hard time maintaining their huge ecosystem of Meteor plugins…

I think a very serious contender in this area is Phusion Passenger. It allows for

and they have a suggested deployment automation workflow (for updates)

The initial set up is not as quite easy as mup because it requires you to follow a set of configuration steps, albight extremely easy ones and may take up to an hour for a linux novice and at least 15 minutes for an experienced one. But with the ability of creating reusable server images, that’s something you do once and then redeploy new servers based on that image.

Anyhow, the feature benefits far outweight anything else (and even galaxy for certain usecases due to galaxy being a meteor-only solution).

Looks interesting. I’ll have a look. I think class craft was using
passenger a while ago but then made the switch to galaxy.

What are the disadvantages of passenger, and does it cost? Reading through
the article right now

Yes they have switched over to Galaxy which is a wise move because Galaxy reduces devops time to zero! Especially if you are not tight on budget and your deployment consists of meteor only.

Every solution has its pros and cons. Passenger’s are as I listed. The main disadvantage being not one-click and having to still maintain a server or set of servers that you own. For some companies (like Classcraft) that’s not desirable.

Passenger is free. It does have an enterprise version (tagged at 29$/mo/server) but frankly, I never actually needed it. And if you are using mup, you definitely don’t need it because passenger community edition is already a huge upgrade to mup considering its scalability (unless you are using mup + cluster together but that’s a whole different story) and server density utilization features.

Single most important feature passenger provides is the ability to run an infinite number of meteor apps in a small server because it has the ability to shut down unused ones and start ones that receive requests and then also scale them up if they have more requests than configured. So if you have 20 meteor apps, you don’t need 20 servers, but can easily use a $10 DO server to host all of them. 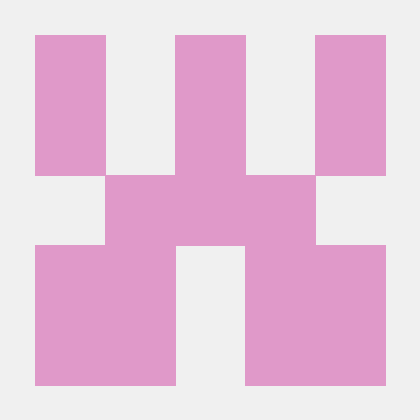 It uses Docker, just make sure this is what you want.

I don’t see the issue with docker. But I do like the look of your solution
and the pm2 stuff looks awesome.

I think I would have to fully understand all the parts of your deployment
process before using it, whereas with mup I’m happy to rely on the blackbox
solution that works and is tried and tested. Plus any issue I run into will
always be affecting multiple people and the community can find a solution
together.

Good to know. Any idea where this thread is?

Kadira really needs an email list (at least I don’t find that either if it exists).

The only issue I have using docker for Meteor is I have a special case.

I’ve read you can put multiple instances together, I’ve also heard maybe I need to mount volumes, but I’m not sure where to start.

It’s great that Mup 1.0 was released. How much pain does Mup take away from deployment, and do you see it as more valuable than Meteor Galaxy?

I do not know how exactly mup[x] uses Docker, but from what I understand, it creates a container and runs your Meteor app in that container.

Of course if it uses Docker but does not use containers (which doesn’t make any sense), that’s a different story.

I’m not a fan of Docker but this is incorrect. Docker does not have noticeable overhead. But please do correct me if I’m wrong.

The last time I used Docker on my Mac, it ran a VirtualBox, and a headless Ubuntu (using 2GB RAM) inside that VirtualBox. I remember creating 2 containers, and although Docker did not create another VM for the 2nd container as far as I can tell, it did create a VM with the creation of the first container.

Docker official website says Docker containers share the same kernel with the other containers. It does not say if if is the host kernel or not. From what I can tell, that means if the host OS is not, say, Ubuntu, Docker will create a guest OS. I may be too far off base, since I do not use Docker daily.

After a lot of research, I found out that Docker is similar to KVM in that it uses the host kernel (in Docker’s case, if possible as per my Ubuntu example above).

Long story short, if you are using a supported Linux flavor, you are safe (near-kernel speeds). Otherwise, it will run a Linux distro (Ubuntu I suppose) for you.

I am using this fork of MUP: https://github.com/M4v3R/meteor-up

Works fine for me on Meteor 1.4. It doesn’t use Docker

You should not be judging a production technology by evaluating it on a
non-production environment.

That means, if you are relying on Docker for your business, you choose to
do so on a proper host system

And then there simply is no overhead.

We’ve been using this for quite some while now, its an ansible script complete with HAProxy (optional) + nginx-passenger + Mongo deployment: https://github.com/smowden/meteor-ansible

Check out the tests directory for different configurations