For my app, I need a in-app messaging framework.

So far, I found the socialize packages on Atmosphere and a new “alpha” project strngs:mailbox. Are there any other alternatives I might have overlooked and you could recommend?

Besides asynchroneous messaging, I would also be interested in synchroneous chat, if there’s packages for this. So if you know a good one, feed-back would also be highly appreciated. On Atmosphere, I’ve found jaymc:chat and afruth:chapp.

There are atmosphere wrappers for both RabbitMQ and MQTT.

Although you have found it, but the socialize packages does everything you asked really well. It has methods that can be used in blaze templates as well. I have implemented the socialize:messaging in one of my apps and its great. imo look no further

Thanks guys for your replies!

@kaiyes - socialize:messaging looks interesting. Is there a tutorial or example anywhere? The README is a bit spartan beyond API documentation. How did you get started?

I asked the same question in the issues section some minutes ago. And I found a demo app here: https://github.com/copleykj/socialize-messaging-demo, but this app is broken (I only got a blank black screen).

I really like the idea of the socialize ecosystem, but it is quite hard to understand how the pieces are fitting together, as there is “only” a technical description of the API but no description of use-cases etc.

But to be honest, I found it quite hard to follow the explanations (at least when I tried so some days ago, in a very tired mood; it was late in the evening).

@mbrookes, @waldgeist I agree the documentation needs work, but I got it working watching this same video you mentioned and understood how it worked. Its basically the same thought process for all of the packages. The packages are made to work independently from each other. So friendship package or messaging packages can work individually or together. Let me see if I can make a quick demo

Hi, I’m implementing the same thing in my app and decide to build my own one with the inspiration from RocketChat, which I think include all of you above demands. 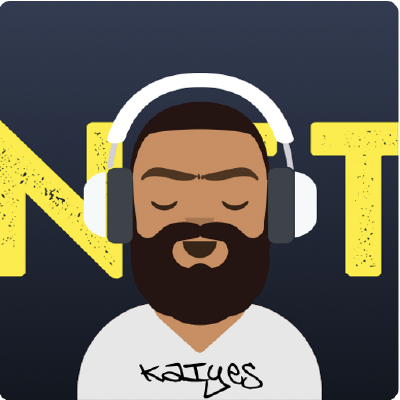 Contribute to chatDemo development by creating an account on GitHub.

I made a quick demo using the social:messaging package. I just used one or two methods though. maybe @copleykj can add to that using all the methods so that a showcase example app can be made . A whole lot more can be done with this package.

Awesome, thanks for sharing this!

@waldgeist basically the package adds these methods to the user.

also available these methods to conversation and to the messages

So you can get use these methods to do a lot of stuff.

I made a quick demo using the social:messaging package.

Nice - thanks! That helps a lot.

@waldgeist, @mbrookes check out socialize:messaging github repo. @copleykj (author of the package) has updated the docs

As usual, super fast response though he is super busy

So as @kaiyes mentioned the documentation for socialize:messaging has been updated. I hope this helps some. I spent most of today grinding off some of the rough edges of a photo album package which sort of completes the set. I do have one more package in mind, but its not necessary to consider them a working set.

Once I polish the photo albums package with some final tweaks and documentation I’ll be set to put together a proper demo of all the packages together as a functional social network.

I also noticed somewhere (probably github) that someone said they were trying to implement socialize:likeable as well. As of today I’ve overhauled the API for that package so that it is much easier to use and an update to socialize:commentable with the same style API changes should be released early tomorrow.

If anyone has any questions please feel free to reach out. If it’s urgent and I don’t respond through here or on github then you can always reach me through email with the same username @gmail

hey nice touch with the photo album. I currently use cloudinary package by cosmico55. But yours comes through, then that will complete the set.

Yes, the photo album package is a lot like the cosio55 package but I didn’t see the need for autoform. It still uses cloudinary but adds some helpers as well as models for photos and albums with all the features you would expect from a package in the socialize set.

Hi, what finally did you found and used? Im looking for a one-to-one messaging package. Socialize is not an option because still poorly documented and supported.
Regards,

Poorly Documented and supported? Maybe the documentation isn’t perfect, but its definitely not poorly documented and as for poorly supported, this is far from the truth.