Meteor didn't use their own platform to create meteor.com?

I was searching for a blog framework and stumbled upon Hexo (17200 stars on github). When looking through the showcases i noticed both meteor and vue in there. Is this true? Why wouldn’t they use their own product to create their main page? 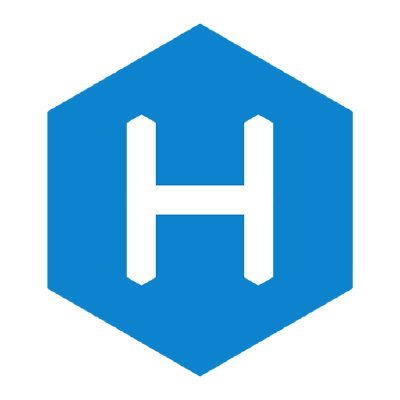 A curated list of awesome things related to Hexo. Contribute to hexojs/awesome-hexo development by creating an account on GitHub.

Why wouldn’t they use their own product to create their main page?

I imagine because MDG prefer valuable developer time going into improving the product rather than reinventing a perfectly good wheel.

Even though meteor claims to be the fastest way

If you don’t need the reactiveness and other fancy things you can remove it. So why did they choose Hexo instead of their own platform? How much of a time gain are we talking here? And if Meteor truly is “The fastest way to build javascript apps”. Seems like a weird thing to choose something else for their own site. Maybe i’m missing some aspect

if you click on the Meteor link in the Hexo showcase list, you’ll notice it takes you to docs.meteor.com.

If you view the source of meteor.com, you’ll see it is a Meteor app.

And if Meteor truly is “The fastest way to build javascript apps”. Seems like a weird thing to choose something else for their own site.

I really don’t see the problem, building a (generic) javascript app is different than building a documentation site that serves mainly static files.
Would you fault a PHP Framework for using Wordpress on their blog?

They never claimed to be the “fastest way to build static HTML websites” though. Also, apps, not websites - if your users don’t need to interact with the database a lot, like they usually do in apps, you don’t need Meteor. Meteor is not a “plug and play publishing platform” either - in PHP terms, Meteor is more like the LAMP stack than Wordpress.

Nice find, that makes me happy!

Id compare it to the CEO of Volvo wouldn’t publicly proudly show of his new Tesla, he’d drive a Volvo.
The docs doesn’t really bother me, if its easier to use something else for the docs, go ahead

Web developers these days refer to the products they build as web apps, rather than websites.

You use meteor to create websites/apps. If meteors own site wouldnt use meteor, that would be kinda weird in my opinion (from a marketing perspective), but as we found out, they do. So it’s all great

Id compare it to the CEO of Volvo wouldn’t publicly proudly show of his new Tesla, he’d drive a Volvo.

So by that line of thought, SpaceX/MAN/McDonalds CEO should drive a rocket/truck/hamburger to work?

This is not an eating own dogfood situation, it is merely a “use an existing foo” vs “build your own foo” software investment decision. Perhaps if someone builds a good, well maintained open source blog/site/doc platform on meteor, they would switch to that, no?

If the public found out that the CEO of Volvo drives a tesla to work, we would for sure think thats kinda funny. Same thing goes with Steve Jobs, Bill gates, apple, windows, whatever. You use your own product, its good for advertising. You totally get my thought process ; -)

They chose Meteor for their official site, which makes me happy, i guess they would’ve saved a little time using a pre-existing hardcore blog platform. But that they chose meteor for their own site just feels better for me!

You use your own product, its good for advertising. You totally get my thought process ; -)

I respectfully disagree on that thought process. Meteor is not a CMS platform, it is a development platform and they have all the reason to use an existing CMS instead of building one.

I do partially agree. My “geek and fun” side feels better

But the more “responsible” side feels that it was a waste of precious core-developer time.

Thanks for the interesting discussion, i understand both sides

Just a side question. How long time would it take an experienced developer to create meteor.com with meteor? a week? (Let’s assume all content is already complete, which would be the same for whatever platform)
How long time has meteor been in development? 5 years? Let’s assume Hexo does the task 50% quicker, thats 3-4 days saved time. Whats that in comparison… I’d say its worth it

Whatever, its just circlejerk from now on. Have a great day

its just circlejerk from now on

Fwiw, I do think that this is a good discussion because topics like these help developers increase awareness and insight into multiple points of view. Our profession requires such openness and I am glad that we’re engaging in this with you. Thank you for the opportunity.

I guess this is one fundemantal difference between our pov’s. Hexo has been receiving developer effort since 2012 and has had a very active 2-year-long development sprint before it achieved production quality.

Even if a web site like meteor.com is 10% feature parity with the likes of hexo’s full capacity, that’s still way more than 3 days.

Software can take merely hours to create, but it might also take months to make that same piece of software production quality.

MDG has a known track record of putting the bar at a very high level in terms of their deliverables standard, and meteor.com is no less the quality. That alone makes it more than a few days’ of job on any platform, would you not agree here?

I still remember first days with meteor.
Gosh, docs were so well-written and documented.
It’s wonderful that MDG decided to work on features and docs, rather than referenced wheel reinvention.

for the same reasons they use Discourse for their forums. If MDG created a shop to sell stickers and t-shirts, they’d certainly get a lot more value in using Shopify than in trying to build a custom eCommerce platform with Meteor (or any framework).

Id compare it to the CEO of Volvo wouldn’t publicly proudly show of his new Tesla, he’d drive a Volvo.

I agree on that though as others pointed out you shouldn’t expect the CEO of Volvo ditching his Harley Davidson just because Volvo does things that run on wheels so they should build at least one motorcycle for him, too.

They might had done that… and then you’d have a bunch of people starting complaining why they did that instead of just buying him an Harley Davidson… And someone would start saying why not Honda? Or Yamaha? Or Suzuki?.. Later someone would jump in saying that it would be outrageous not buying him a Swedish moto maker, and so on, back to square one !

I know this is a late response but just wanted to point out that hexo is mostly used for creating doc pages. Probably they used the comments inside the codebase and use hexo to create the docs page, which hexo really makes it easy to do.

Not exactly the same thing. Most of the web apps are not static. Hexo is great for static sites like blogs and docs. Meteor is great for real time apps.

I wonder, why would I want a Meteor app in a doc site. That would make me a person who takes Lamborghini for off-road driving, 'coz I gotta show it off.