Since we’re all into Meteor’s and Galaxies, I figured we should have a Star Wars thread. This here is potentially as interesting as the Blaze thread

I always miss the obvious things in movies so I figured I’d prep for SW7 by reading some of the conspiracies, and the one about Luke Skywalker going to the dark side makes you think “how did we miss the signs”?

In the video, we can see Yoda issuing warnings on Luke not having completed his Jedi training and the risk of him going to the dark side, and then we can see Luke falling for the traps!

Luke always tries to reconnect to his father, and the theories go that he was the one who said “I will finish what you started” in the SW7 trailer. Nobody had that kind of allegiance to Vader in the films, but maybe him? Also, Kylo Ren, who is perhaps Luke, is seen wearing Luke’s cloak in the trailers (apparently). Just like with Blaze, the signs were there the whole time.

I wonder if Disney’s acquisition of Lucasart will lead to the deprecation of Luke Skywalker from the Light Side. And this is very unsettling to me, as I was always a fan of Luke. What do you guys think I should do? Maybe resist watching the movie in the same fashion I resist JSX?

I must confess, even Senator Palpatine being a Sith Lord came a shock to me. Maybe I am just too naive.

Notice that Luke is missing is from the poster - or is he?

EDIT: Watching all the SW fights now. Darth Vader: "Your destiny lies with me, young Skywalker. Obi-Wan knew this to be true. … “now, release your anger… only your hatred can destroy me”… Umm, pretty clear folks.

EDIT 2: “Luke, you can destroy the emperor. He has foreseen this. It is your destiny”

The casting of Andy Serkis as Supreme Leader Snoke is surely a sign that Luke is still on the side of the light, Snoke will be the Big Bad Guy on the dark side. I would bet on this just as I bet on Webpack being merged into Core with Meteor 1.4, after @dgreensp was tapped to investigate it.

It sounds like a reasonable theory, or perhaps a plot by the Sith. Do we know if @dgreensp is on the light side? The black and red Meteor colors throw me off sometimes.

I know one thing is for sure, based on that poster above, I am 99% sure that Rey and Kylo are siblings due to the placement of their weapons as parallel. This brings to mind the idea of the almost certain hotness that will be coming together in 1.3 in the form of Modules support from @benjamn!

It makes sense - but I have not seen evidence of Modules, Webpack or Blaze 2 for that matter. The only solid demonstration of it I have seen perhaps in the Star Wars 7 trailer. 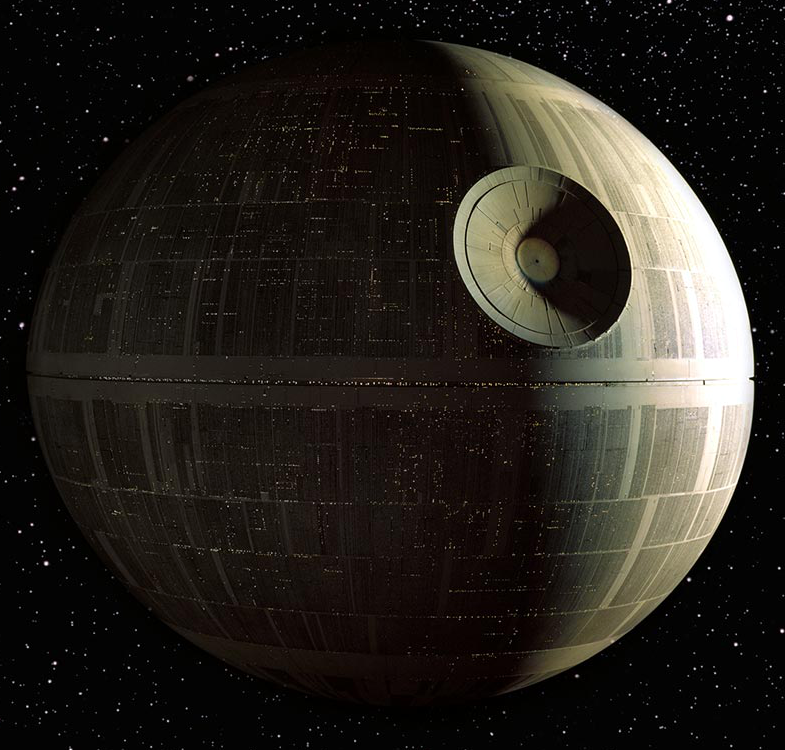 This brings on big questions such as, if both Deathstar and the new Deathstar support laser beams and modules, what differentiating features does the new one carry?

EDIT: I see the new Deathstar is sporting a Facebook-blue paint job… when combined with MDG’s affection for React… it makes clear they are eyeing a Facebook acquisition. It’s strange, I know, IBM would have made more sense. But at least we have uncovered a part of their plot.

@faceyspacey your thoughtful input would be welcome here

spoiler alert: do not open until you have seen SW7 unless you are okay with spoilers

Will SW7 be compatible with Episodes 4,5 and 6? Will there be no Jar-Jars? Will there be Fett support? Can I still add lightsabers - or will there once again an introduction of new super beam weapon like the dual saber from the Sith?

Sam, it is very difficult for me to bring this upon you, but Jar Jar may not have been who we thought he was. I recall you mentioning trust issues when I posted Adele - Hello in the Meteor Club slack, and now you can thank me for zapping the last bit of it you had, as it was required to prepare you for this:</trolling> Here I will seek to establish that Jar Jar Binks, far from being simply the bumbling idiot he portrays himself as, is in fact a highly skilled...

@faceyspacey your thoughtful input would be welcome here

you know it just appears everything is going in the direction its inevitably going, no matter what we do.

“Technology is like water; it wants to find its level. So if you hook up your computer to a billion other computers, it just makes sense that a tremendous share of the resources you want to use - not only text or media but processing power too - will be located remotely.”
―Marc Andreessen

Both Meteor/Javascript/View Components and the Star Wars appear to be finding their “level” like water. Nothing makes more sense in terms of entertainment value than Luke Skywalker joining the dark side, or Meteor getting a React-integration truly right

I went to the dark side…

just look at the dark side winning on that homepage:

hahaha…never watch Star War. but I like the quote from Yoda
Do,or do not, There is not try.

I wonder if Disney’s acquisition of Lucasart will lead to the deprecation of Luke Skywalker from the Light Side. And this is very unsettling to me, as I was always a fan of Luke. What do you guys think I should do? Maybe resist watching the movie in the same fashion I resist JSX?

I just wanna know when Disney will start offering the Light Side in smaller packages, right now $495/mo is way too steep when my team’s only got three full-time Jedi so we’re stuck with this ugly Emperor guy who just keeps chanting “unlimited power” at us. I’d much prefer a 1 hour SLA from Obi-Wan than this old creep.

Once upon a time…
There were 3 Star Wars movies and Disney only made cartoons.

Does anyone else think that by embracing the Angular, MDG has embraced the Anger?! #darkside

Are you suggesting MDG may create more than one platform, like Meteor on Ruby, just to make money?

This experience is not available for Google Apps for Work